The City of Sudbury was founded in 1883 at a point on the railway known as Sudbury Junction, where the branch line to Algoma Mills joined the main line of the CPR. Prior to the establishment of the mining industry, (which occurred around 1900), Sudbury’s stability and growth depended both on the railway and on the lumbering industry.

The lumber business attracted the original builders of what is now the Art Gallery, William Joseph Bell and his wife, Katherine, to Sudbury. William and Katherine Bell were married in 1886. She moved to Sudbury to join her husband shortly after the turn of the century.

Bell purchased a large tract of land, approximately 155 acres, which stretched down to the shore and around Lake Ramsey to a position close to the current site of Science North. The purchase was finalized in 1908, from the estate of Robert S. Henderson at a total cost of $301.

The original architect is unknown. Under the direction of John James, stone mason, tons of local stone were cut and used for the buildings and walls. Although the exact source of the stone has not been identified, the main home is built of coursed cut stone as opposed to the coach house, which is of coursed rubble stone. It was and perhaps still is the most imposing home in Sudbury.

At Mrs. Bell’s death, the family home, property and most of the contents were left to the Memorial Hospital. The furniture and other household items were sold during the summer at a outdoor sale on the property by the IODE. Until the fire on 3 December 1955, the building was used as a staff residence.

After the fire, the building remained in a sorry state until the Nickel Lodge of the Masonic Order undertook its preliminary renovations as a site for their headquarters. Due to zoning problems, they were unable to proceed and in 1966 the property was purchased by the Centennial Committee of the Chamber of Commerce.

It was this Centennial project which converted the building to its present usage. The Centre was officially transferred to Laurentian University in 1968 to be opened for the people of Sudbury and district area.

In 1967 The Art Gallery of Sudbury was established in 1967 as a Centennial project of the Sudbury and District Chamber of Commerce. Originally operating as the Laurentian University Museum and Art Centre, the gallery was incorporated in 1997. Local history and contemporary works of art come together in the lush surroundings of the Gallery grounds. Our exciting exhibitions, lecture series, art classes, special events, facility rentals, the opportunity to rent and buy local art and purchase Canadian art from our boutique make the gallery a gathering place for the local community. The Art Gallery is open to the public year round. 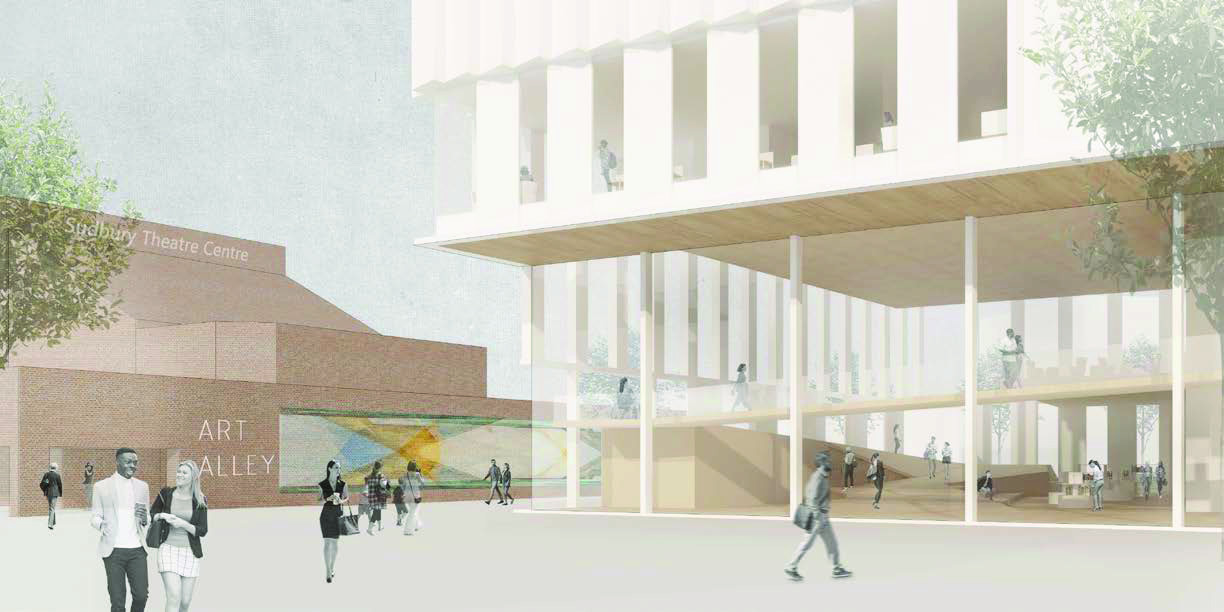 Discover the new gallery
Shopping cart0
There are no products in the cart!
Continue shopping
0
Skip to content